My initial sense of hope that this would be a relatively straightforward upgrade proved to be utterly wrong. Despite claims that the Scythe Mine Rev.B heatsink can be installed without removing the motherboard from the case, in order to bear at least some semblance of reality that should be qualified by the addition of the word NOT in the appropriate place. Unless you have E.T. to push the restraining pins in for you (or are blessed with unusually long double-jointed fingers yourself), you WILL need to dismantle your pride and joy for this install.

So much for that simple installation. 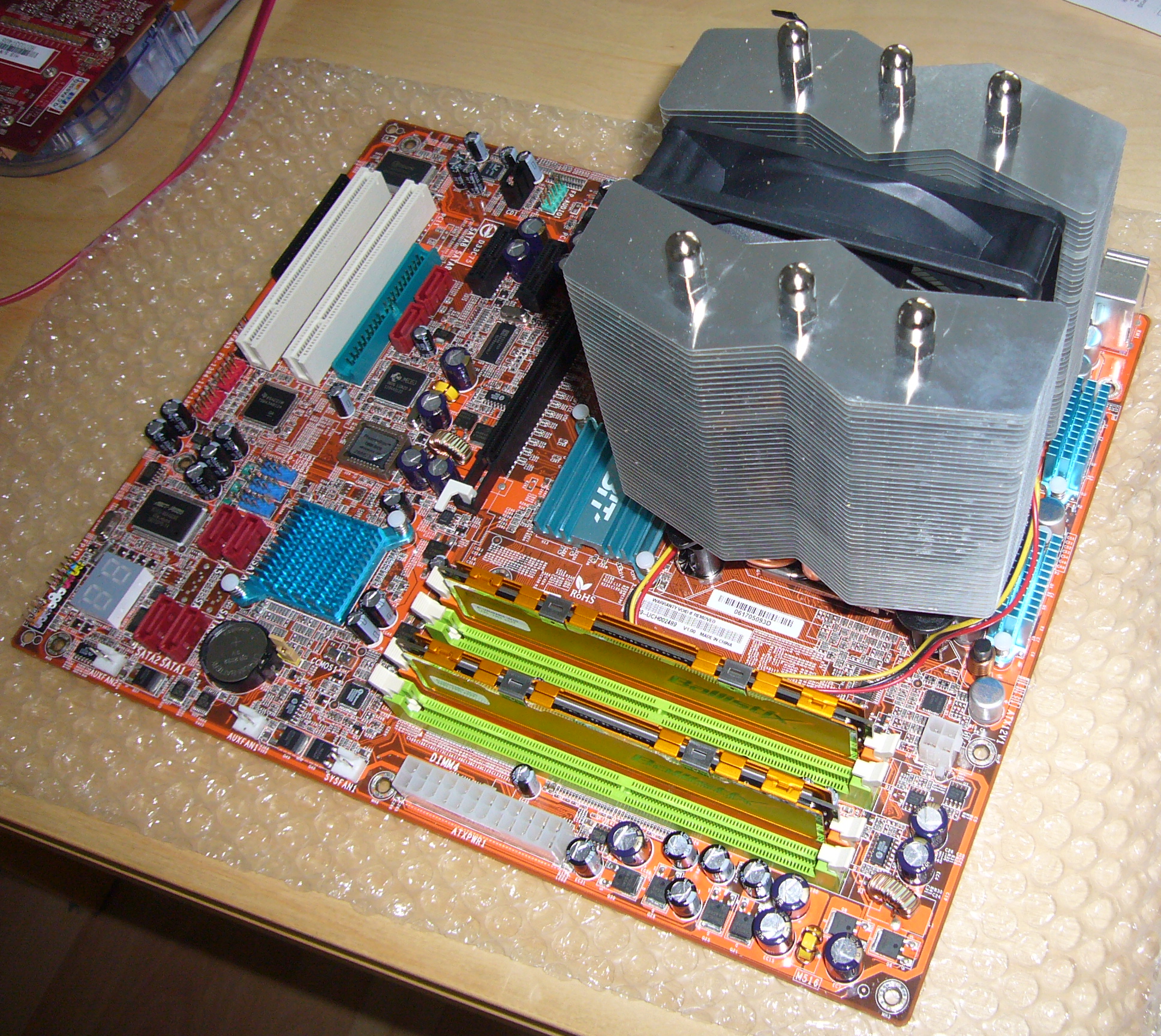 Once the motherboard had been removed the heatsink installation still proved to be a challenge. Given the way the vanes of the heatsink overhang the clips it still takes some careful juggling to get it securely fitted. Imagine trying to secure this clip when it is still in the case, with around 20mm of clearance to work in.

The heatsink itself can be oriented in any direction on the socket, depending on your particular preference. Most usually this would be vertically with the fan blowing towards the rear of case, directly into the exhaust fan. There are small arrows on the side of the fan to indicate airflow direction. 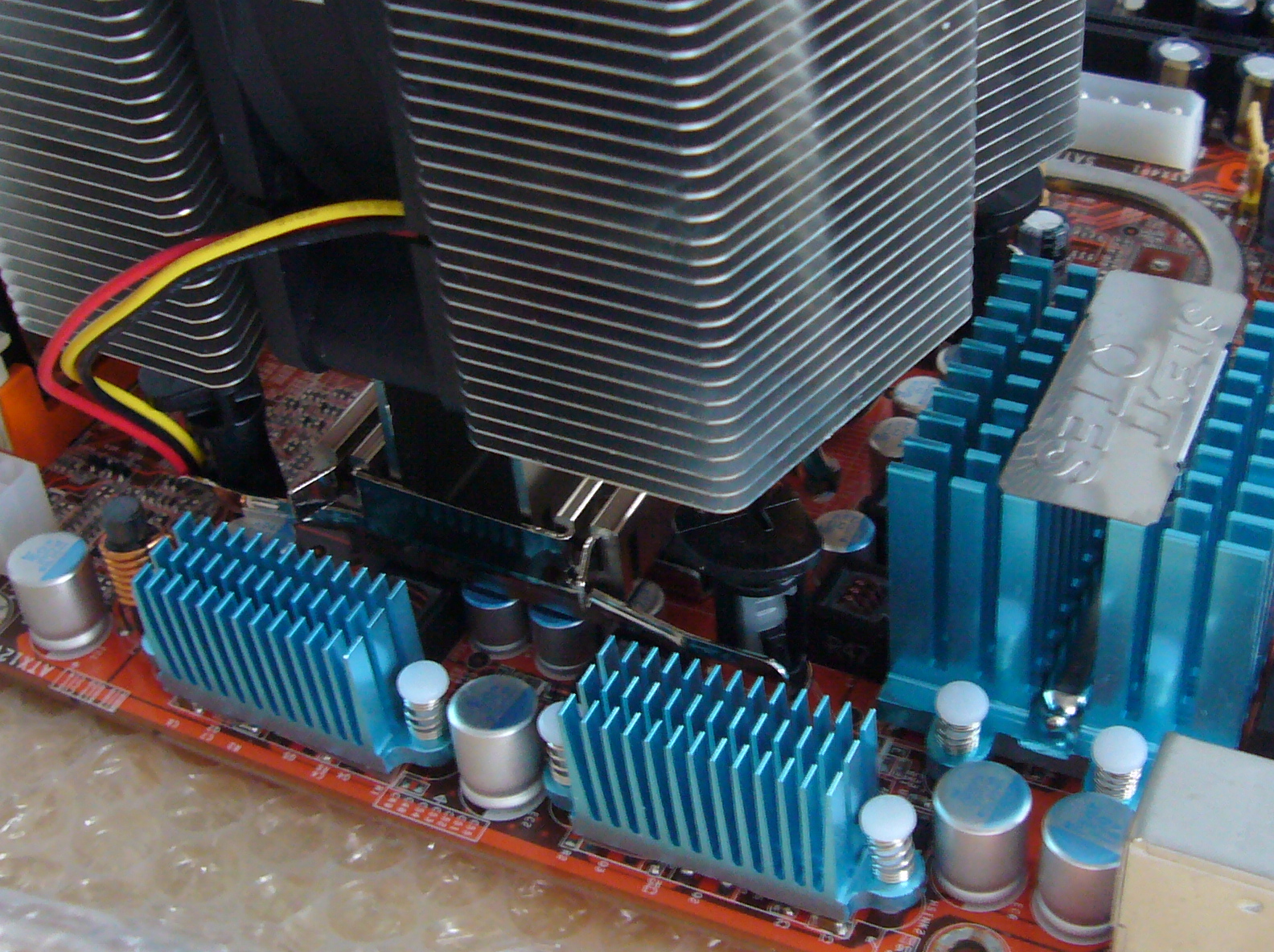 I won’t bore you with a step-by-step reconstruction, suffice it to say the motherboard fits back inside with the heatsink mounted. Albeit about an hour later than planned. 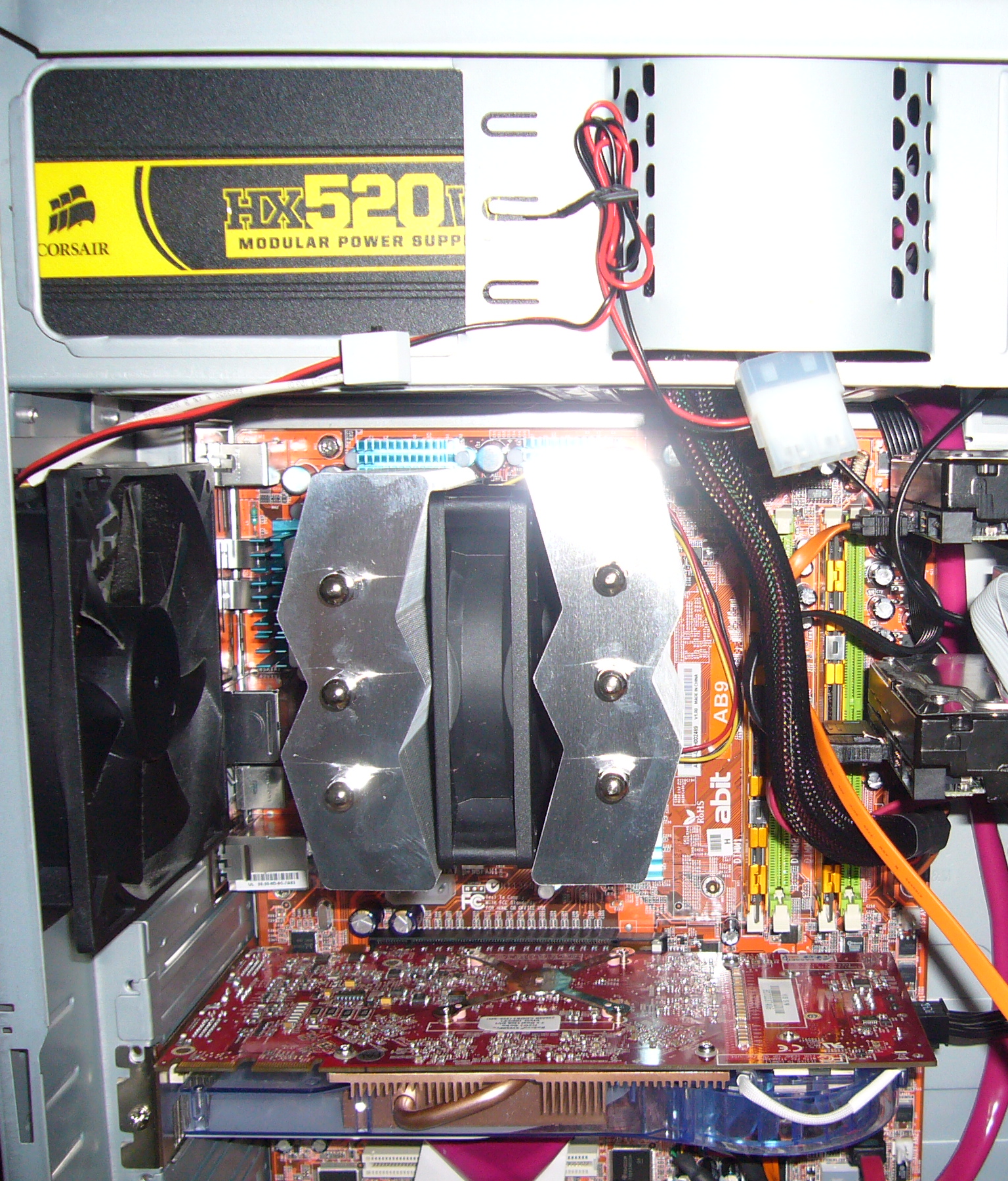 As can be seen below, the clearance around the Scythe Mine Rev.B is minimal – there’s about 20mm between the top of the heatsink and the bottom of the PSU. Of course, with the two exhaust fans close by it should aid cooling even more. 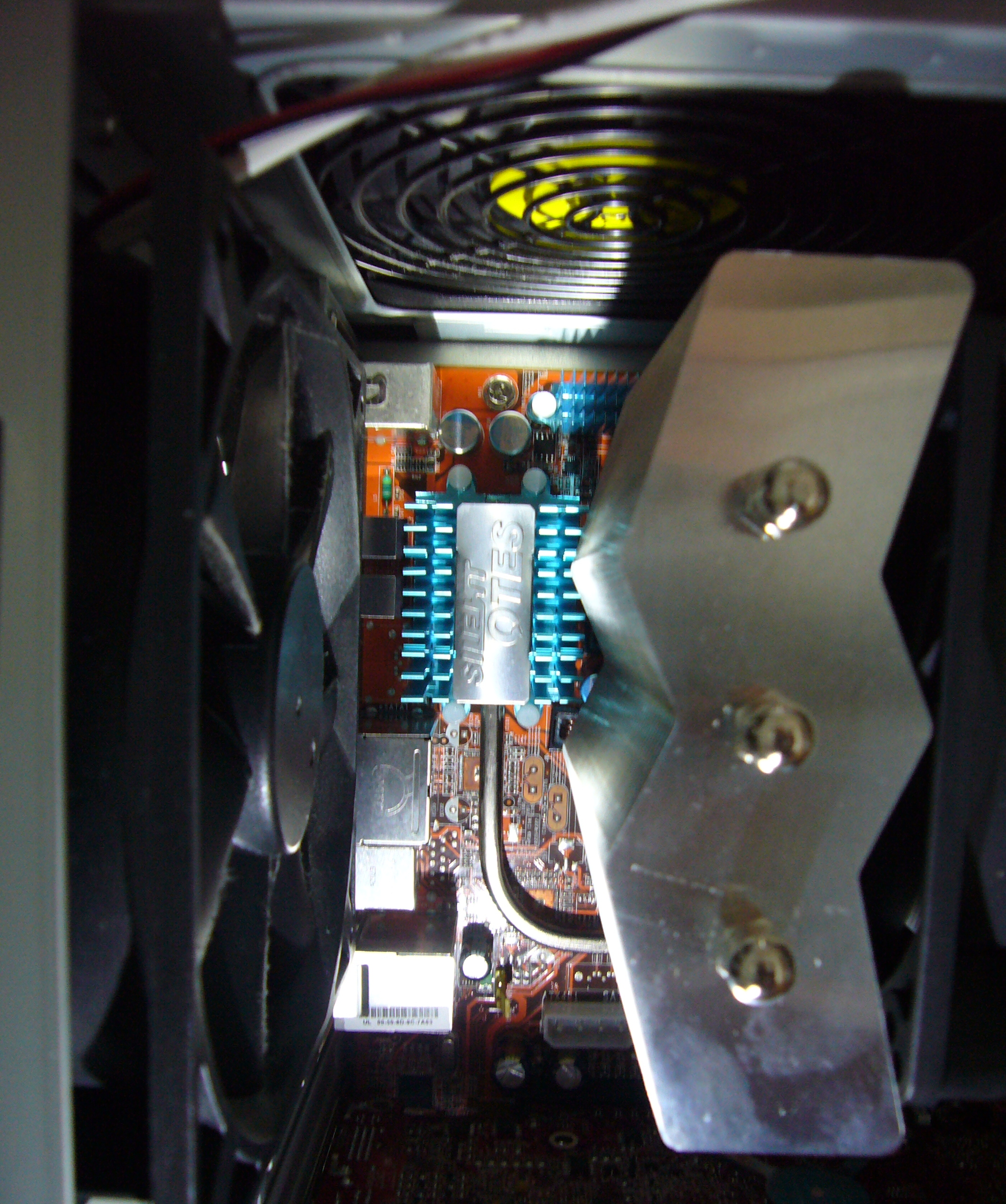 My final thoughts can be found in Part IV of this report.

Grav was with by Trilby Media.